1 John 3:9-10 (NIV)
9 No one who is born of God will continue to sin, because God’s seed remains in them; they cannot go on sinning, because they have been born of God.10 This is how we know who the children of God are and who the children of the devil are: Anyone who does not do what is right is not God’s child, nor is anyone who does not love their brother and sister.

When I was a child my dad told us of this story that came to my mind while I was writing today’s lesson.

In 1947 my grandfather’s brother passed away. In order to attend his funeral my grandfather would have to travel several hundred miles away to Chicago Illinois.

This was quite a distance from his home state.

Papa as we called him, owned a farm. He and my grandmother had 10 children, 4 boys and 6 girls. When he left for the funeral someone would have to keep things running there on the farm, because this was the family’s livelihood.

My dad’s two older brothers had both left home to serve in the military by this time.

So that being, said Papa left my dad who was the third oldest son in charge of the farm.  Daddy was only 17 years of age when this happened.  I would say this would be quite a responsibility at any age not to mention 17.

Back in those days there were people who made a living by bringing people to the fields to pick cotton. My dad made arrangements for a man to bring a truckload of people to the fields to work. They had picked cotton for several days when the gentleman who brought them each day came to my dad and requested that the workers be able to quit early on a particular day.

My dad agreed that this would be okay with him, however it never crossed his mind that if they stopped working before Papa returned he would have to have the cash available to pay each of the workers. In those days the Field hands were paid in cash.

He was in a bit of a predicament, as he needed over $500 to pay everyone.

He thought about it and decided the best thing to do would be to go to a local merchant that my grandfather did business with to ask for a loan.

That was a very powerful lesson for my dad and one that he has continued to pass down, not just verbally but as an example in the way he chose to conduct his life and business affairs. That day due to the kindness of the merchant’s heart and the integrity of my grandfather’s word my dad was able to receive the loan for the $500 plus that he needed to keep things running as usual on the farm.

Can you imagine giving a 17-year-old $500?  In 1947 that was quite a large sum of money. True to my dad’s word when Papa returned he paid the merchant every cent back.

Because my dad wore the same last name as my grandfather he was given access to the same privileges. He was an extension of the same bloodline. He was a representative of the same person and the same character as his dad. As Christians we wear the name of Christ and because we wear His name we must never compromise the integrity of it.

In order to be effective as Christians we must display and have the same character as Christ integrated and meshed in all that we do and say.

Next week in Part 2 of Abiding we will discuss what our spiritual resemblance to Christ should look like. No one should ever be shocked to learn that we are Christians,  the evidence should be overwhelming that we are His children,not only because we wear His name, but because our character reflects that of His. 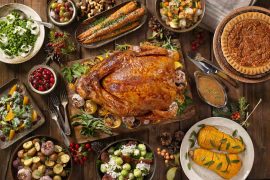 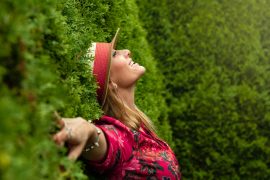