Matthew 28: 5-8
And the angel answered and said unto the women, Fear not ye; for I know that ye seek Jesus, who hath been crucified.
He is not here; for he is risen, even as he said. Come, see the place where the Lord lay.
And go quickly, and tell his disciples, He is risen from the dead; and lo, he goeth before you into Galilee; there shall ye see him: lo, I have told you.
And they departed quickly from the tomb with fear and great joy, and ran to bring his disciples word.

This Sunday many will break out their new Easter clothes.

Little girls will wear big pastel colored hair bows and little boys will be chased and wrestled to the floor just for dad to get their neckties on. Some moms and daughters will even wear matching outfits, hats and all. Afterwards there will be Easter egg hunts, Easter baskets, candied Easter eggs, pretty bunnies and oh I almost forgot the cute little baby chicks (yellow ones of course). And don’t forget the annual Easter Feast; some will have fried chicken or ham, may be even turkey, potato salad, green beans, rolls, cake, pies etc. Sounds wonderful!

Although this sounds like a lot of fun, my concern is the thousands that will never know what this day truly represents. They will never know the Celebration is about the Hope that we all have because of our Saviors cruel death on the cross and most importantly His resurrection and His victory over this cruel death. No other event in history has had such a profound impact on humanity as the Death, Burial and Resurrection of Jesus Christ. The stone has been rolled away and our Savior has risen. Because He lives we not only have hope for life after death but hope for today and tomorrow. As the well known song says, “Because He lives I can face tomorrow.” So, so true.

No blood has ever been more precious than the blood that was shed for our sins. No victory sweeter than Christ victory over death. Satan has been defeated. We however, are no longer defeated unless we choose to be. We are forgiven of our sins and transgressions and set free of all that could possibly hold us captive. The greatest of all blessings is the assurance of knowing beyond a shadow of a doubt, that we will spend all of eternity with the Kings of Kings and Lord of Lords. We will sing praises to His Holy name day and night. So this Sunday as you sit down for your Easter Feast be sure that the youngest to the oldest at the table are clear as to the precious gift we have been given, and share with them that there is no greater expression of love than that which Christ has shown us.
Praise Him,

and then Praise Him one more time for

He is truly worthy of all our praises.
Luke 24:1-12
But on the first day of the week, at early dawn, they came unto the tomb, bringing the spices which they had prepared.
And they found the stone rolled away from the tomb.
And they entered in, and found not the body of the Lord Jesus.
And it came to pass, while they were perplexed thereabout, behold, two men stood by them in dazzling apparel: and as they were affrighted and bowed down their faces to the earth, they said unto them, Why seek ye the living among the dead?
He is not here, but is risen: remember how he spake unto you when he was yet in Galilee, saying that the Son of man must be delivered up into the hands of sinful men, and be crucified, and the third day rise again.
And they remembered his words, and returned from the tomb, and told all these things to the eleven, and to all the rest.
Now they were Mary Magdalene, and Joanna, and Mary the mother of James: and the other women with them told these things unto the apostles.
And these words appeared in their sight as idle talk; and they disbelieved them.
But Peter arose, and ran unto the tomb; and stooping and looking in, he seeth the linen cloths by themselves; and he departed to his home, wondering at that which was come to pass.
Luke: 33-43
And they rose up that very hour, and returned to Jerusalem, and found the eleven gathered together, and them that were with them,
saying, The Lord is risen indeed, and hath appeared to Simon.
And they rehearsed the things that happened in the way, and how he was known of them in the breaking of the bread.
And as they spake these things, he himself stood in the midst of them, and saith unto them, Peace be unto you.
But they were terrified and affrighted, and supposed that they beheld a spirit.
And he said unto them, Why are ye troubled? and wherefore do questionings arise in your heart?
See my hands and my feet, that it is I myself: handle me, and see; for a spirit hath not flesh and bones, as ye behold me having.
And when he had said this, he showed them his hands and his feet.
And while they still disbelieved for joy, and wondered, he said unto them, Have ye here anything to eat?
And they gave him a piece of a broiled fish.
And he took it, and ate before them. 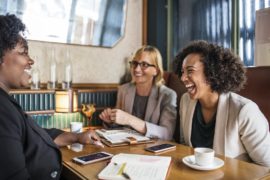 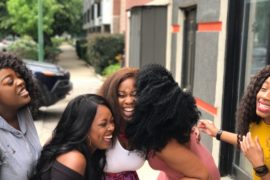