Although the Super Bowl is to determine the NFL’s Championship team, many are excited to tune in for other reasons, such as to watch the new commercials roll out.  Others enjoy attending Super Bowl parties for food, fun, and fellowship.

Now there are also your die-hard football fans, and that would be the group that my family is in. I am from a family that loves just about any sport, but football, baseball, and basketball are at the top of the list.

The Eagles had never won a Super Bowl, so for many, it just made sense that they would not win against a team that had won five times. A quarterback with no wins going against a guy with five Super Bowl rings, sounds like a no-brainer, right?

However, when the Eagles came onto the field they played to win. They had studied their opponents and were prepared to have a victory no matter the odds.

They blocked out the voices of the naysayers, they had a championship to fight for and they went to work.  From what I understand they collectively had taken God as their partner. I read an article which stated that the Eagle’s coach Doug Pederson was a high school coach just 9 short years ago, and now his name is etched in Super Bowl History forever with some of the great coaches of all times.  Ladies only God can do that.  The great thing is that Coach Pederson realized and acknowledge that this was from God.  After the game, he gave God the praise for giving him the opportunity.  As some of his players were given the microphone they also gave God the glory for their victory. I definitely feel confident in saying that there were players praying on both sides. However, there was just something different about this team.

It’s always a great thing to see the so-called underdog pull out a victory.  I could clearly see that these players and their coach were sincere about their gratitude and excitement over their big win.

As I think of this victory and how the odds were stacked against the Eagles, I am reminded of David going to meet Goliath.  He didn’t flinch because he knew who was on his side.

It is amazing how much confidence you can carry into your battle when you know that God is on your side. When you really believe that the battle is the Lord’s and that He Himself will give you the victory your fears start to diminish.

When The odds are against you it requires huge faith to come out as a champion on the other side.

There may be something that you are going through today that looks bleak and the odds may be stacked against you.  You may have naysayers haunting you with negative energy and negative words, but just remember who you are carrying into battle with you.

Today and every day choose to win no matter what it looks like to your human eye.  Pray and have faith that God is with you. Refuse to be defeated, think only winning and you will.  No matter how many past failures you have had, it’s just that, your past.  God can do a new thing in your life if you are willing to believe that He can.  He can give you a victory at a moments notice.

Believe just as the Eagles did and you will start to have victories in your own life.  No giant is too big for you to slay with God ‘s help.  Have a blessed and a fearless day living the life of a Champion. Pray and a play to win! 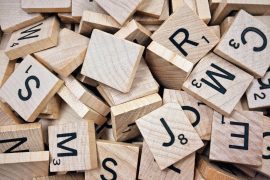 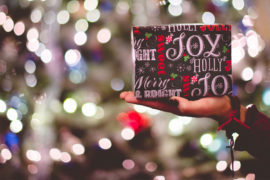