Many years ago, I received what I consider the ultimate in betrayal from someone I truly trusted. The painful blow left me reeling. I was hurt beyond anything I had ever experienced. I remember feeling every emotion that was possible, from sadness to anger, back to sadness and on to disappointment and even grief.

It was so unsettling I began to doubt and question myself. It really threw me off course. I knew only God could give me the strength to keep my thoughts and my emotions in the right place, so that I could continue to treat this person as I should.

As a Christian, I knew I could not move forward unless I was willing to forgive. I remember praying and asking God to please help me not to become a cold, bitter angry woman.

I had seen so many women go down that road and it was not pretty. I did not want to be stripped of my ability to love as well as trust again. I asked Him to help me to forgive this offense. I knew I had nothing to gain by holding on to the past.

So many times, we hold our future hostage because we are stuck on something that happened months even years ago. Many times the person that hurt us is deceased and we are still angry. Until we fully forgive, we cannot fully heal.

Are you holding on to anger and unforgiveness that should have been released years ago? I am not saying this is easy. It can be a very difficult process. I realize there are some horrific violations out there. Some of you may have been physically abused, sexually abused, emotionally abused, lied on, cheated on, etc., the list could go on and on.

What I am saying is that you should set yourself free by releasing the one you are holding prisoner.

There are people in this world that mean you no good, Know who they are and set healthy boundaries and forgive them anyway.

Forgiveness is to free you not the offender.

The weight of unforgiveness is too much to bear. It robs you of the joy you should be experiencing right now in the present. It clouds your judgment of others. It affects your ability to move effectively in God’s power, and it affects how God will forgive you.

Do not spend life getting even or repaying evil with evil. God is perfect at handling these things. Cast this burden on Him. Vengeance is His.

Just remember, when you are at the root of an offense, and you will be at some point, you will desire that others forgive you.

Trust God to heal your situation. Drop the pride and allow healing to begin. Do not allow Satan to hold you captive in the prison cell of unforgiveness any longer.

You are a Free Women and the best is yet to come.

Don’t forget God can work even through your pain.
Matt 18:21-35 (NLT)
21 Then Peter came to him and asked, “Lord, how often should I forgive someone who sins against me? Seven times?”22 “No, not seven times,” Jesus replied, “but seventy times seven! 23 “Therefore, the Kingdom of Heaven can be compared to a king who decided to bring his accounts up to date with servants who had borrowed money from him.24 In the process, one of his debtors was brought in who owed him millions of dollars. 25 He couldn’t pay, so his master ordered that he be sold—along with his wife, his children, and everything he owned—to pay the debt.26 “But the man fell down before his master and begged him, ‘Please, be patient with me, and I will pay it all.’27 Then his master was filled with pity for him, and he released him and forgave his debt.28 “But when the man left the king, he went to a fellow servant who owed him a few thousand dollars. He grabbed him by the throat and demanded instant payment.29 “His fellow servant fell down before him and begged for a little more time. ‘Be patient with me, and I will pay it,’ he pleaded.30 But his creditor wouldn’t wait. He had the man arrested and put in prison until the debt could be paid in full.31 “When some of the other servants saw this, they were very upset. They went to the king and told him everything that had happened.32 Then the king called in the man he had forgiven and said, ‘You evil servant! I forgave you that tremendous debt because you pleaded with me.33 Shouldn’t you have mercy on your fellow servant, just as I had mercy on you?’34 Then the angry king sent the man to prison to be tortured until he had paid his entire debt.35 “That’s what my heavenly Father will do to you if you refuse to forgive your brothers and sisters from your heart.” 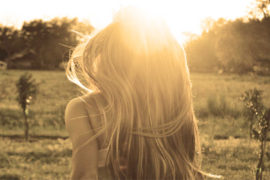 WISDOM: Something to Treasure – Part II

Wisdom – Something to Treasure – Part I