35 For I was hungry, and you fed me. I was thirsty, and you gave me a drink. I was a stranger, and you invited me into your home.

36 I was naked, and you gave me clothing. I was sick, and you cared for me. I was in prison, and you visited me.’

37 “Then these righteous ones will reply, ‘Lord, when did we ever see you hungry and feed you? Or thirsty and give you something to drink?

38 Or a stranger and show you hospitality? Or naked and give you clothing? 39 When did we ever see you sick or in prison and visit you?’

40 “And the King will say, ‘I tell you the truth, when you did it to one of the least of these my brothers and sisters,[a] you were doing it to me!’

17 If you help the poor, you are lending to the Lord— and he will repay you!
Job 31:16-20 (NLT)
16 “Have I refused to help the poor, or crushed the hopes of widows?
17 Have I been stingy with my food and refused to share it with orphans?
18 No, from childhood I have cared for orphans like a father, and all my life I have cared for widows.
19 Whenever I saw the homeless without clothes and the needy with nothing to wear,
20 did they not praise me for providing wool clothing to keep them warm?

31 “My servants have never said,   ‘He let others go hungry.’
32 I have never turned away a stranger   but have opened my doors to everyone.

1 Oh, the joys of those who are kind to the poor! The Lord rescues them when they are in trouble.
2 The Lord protects them and keeps them alive. He gives them prosperity in the land and   rescues them from their enemies

More than Just a Box of Chicken

20 The poor are despised even by their neighbors, while the rich have many “friends.”
21 It is a sin to belittle one’s neighbor; blessed are those who help the poor.

9 In fact, James, Peter,[a] and John, who were known as pillars of the church, recognized the gift God had given me, and they accepted Barnabas and me as their co-workers. They encouraged us to keep preaching to the Gentiles, while they continued their work with the Jews. 10 Their only suggestion was that we keep on helping the poor, which I have always been eager to do.
0 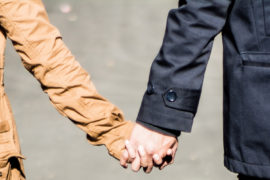