13 See, my servant will prosper;
he will be highly exalted.
14 But many were amazed when they saw him.[a]
His face was so disfigured he seemed hardly human,
and from his appearance, one would scarcely know he was a man.
15 And he will startle[b] many nations.
Kings will stand speechless in his presence.
For they will see what they had not been told;
they will understand what they had not heard about.[

53 Who has believed our message?
To whom has the Lord revealed his powerful arm?
2 My servant grew up in the Lord’s presence like a tender green shoot,
like a root in dry ground.
There was nothing beautiful or majestic about his appearance,
nothing to attract us to him.
3 He was despised and rejected—
a man of sorrows, acquainted with deepest grief.
We turned our backs on him and looked the other way.
He was despised, and we did not care.
4 Yet it was our weaknesses he carried;
it was our sorrows[a] that weighed him down.
And we thought his troubles were a punishment from God,
a punishment for his own sins!
5 But he was pierced for our rebellion,
crushed for our sins.
He was beaten so we could be whole.
He was whipped so we could be healed.
6 All of us, like sheep, have strayed away.
We have left God’s paths to follow our own.
Yet the Lord laid on him
the sins of us all.
7 He was oppressed and treated harshly,
yet he never said a word.
He was led like a lamb to the slaughter.
And as a sheep is silent before the shearers,
he did not open his mouth.
8 Unjustly condemned,
he was led away.[b]
No one cared that he died without descendants,
that his life was cut short in midstream.[c]
But he was struck down
for the rebellion of my people.
9 He had done no wrong
and had never deceived anyone.
But he was buried like a criminal;
he was put in a rich man’s grave.
10 But it was the Lord’s good plan to crush him
and cause him grief.
Yet when his life is made an offering for sin,
he will have many descendants.
He will enjoy a long life,
and the Lord’s good plan will prosper in his hands.
11 When he sees all that is accomplished by his anguish,
he will be satisfied.
And because of his experience,
my righteous servant will make it possible
for many to be counted righteous,
for he will bear all their sins.
12 I will give him the honors of a victorious soldier,
because he exposed himself to death.
He was counted among the rebels.
He bore the sins of many and interceded for rebels.

The Magnitude Of His Sacrifice

When I was a child, one of my favorite songs to sing at church was
“ Oh How I Love Jesus “.  Many of you are familiar with the lyrics of this song.  In the song,  the writer Alan Jackson says “ Oh how I love Jesus, because He first loved me.
As you read the scriptures below, which is the account of the death, burial, and resurrection of Jesus Christ,  I think you would also agree that He first loved us.  His love for us was expressed through a horrific and excruciatingly painful death on the cross.  His blood flowed freely that ours would be spared. His life was cut short that ours may be eternal.
Oh how I love Jesus, is an expression of gratitude and jubilation all at the same time. When I consider the magnitude of His sacrifice, I must ask myself, who else would give up the comforts and riches of heaven to die for sinful me? I can think of no one other than our loving savior Jesus Christ.
I too must say from the bottom of my heart and every corner of it too,
Oh, how I love Jesus!!!  May God bless you and your family this Resurrection Sunday as you celebrate His unparalleled sacrifice of love.

The Crucifixion
Mark 15:21-32
21 A passerby named Simon, who was from Cyrene, was coming in from the countryside just then, and the soldiers forced him to carry Jesus’ cross. (Simon was the father of Alexander and Rufus.) 22 And they brought Jesus to a place called Golgotha (which means “Place of the Skull”). 23 They offered him wine drugged with myrrh, but he refused it.
24 Then the soldiers nailed him to the cross. They divided his clothes and threw dice to decide who would get each piece. 25 It was nine o’clock in the morning when they crucified him. 26 A sign announced the charge against him. It read, “The King of the Jews.” 27 Two revolutionaries were crucified with him, one on his right and one on his left.
29 The people passing by shouted abuse, shaking their heads in mockery. “Ha! Look at you now!” they yelled at him. “You said you were going to destroy the Temple and rebuild it in three days. 30 Well then, save yourself and come down from the cross!
31 The leading priests and teachers of religious law also mocked Jesus. “He saved others,” they scoffed, “but he can’t save himself! 32 Let this Messiah, this King of Israel, come down from the cross so we can see it and believe him!” Even the men who were crucified with Jesus ridiculed him.

Mark 15:33-41
33 At noon, darkness fell across the whole land until three o’clock. 34 Then at three o’clock, Jesus called out with a loud voice, “Eloi, Eloi, lema sabachthani?” which means “My God, my God, why have you abandoned me?”
35 Some of the bystanders misunderstood and thought he was calling for the prophet Elijah. 36 One of them ran and filled a sponge with sour wine, holding it up to him on a reed stick so he could drink. “Wait!” he said. “Let’s see whether Elijah comes to take him down!”
37 Then Jesus uttered another loud cry and breathed his last. 38 And the curtain in the sanctuary of the Temple was torn in two, from top to bottom.
39 When the Roman officer who stood facing him saw how he had died, he exclaimed, “This man truly was the Son of God!”
40 Some women were there, watching from a distance, including Mary Magdalene, Mary (the mother of James the younger and of Joseph), and Salome. 41 They had been followers of Jesus and had cared for him while he was in Galilee. Many other women who had come with him to Jerusalem were also there.

Mark 15:42-47
42 This all happened on Friday, the day of preparation, the day before the Sabbath. As evening approached, 43 Joseph of Arimathea took a risk and went to Pilate and asked for Jesus’ body. (Joseph was an honored member of the high council, and he was waiting for the Kingdom of God to come.) 44 Pilate couldn’t believe that Jesus was already dead, so he called for the Roman officer and asked if he had died yet. 45 The officer confirmed that Jesus was dead, so Pilate told Joseph he could have the body. 46 Joseph bought a long sheet of linen cloth. Then he took Jesus’ body down from the cross, wrapped it in the cloth, and laid it in a tomb that had been carved out of the rock. Then he rolled a stone in front of the entrance. 47 Mary Magdalene and Mary the mother of Joseph saw where Jesus’ body was laid.

Mark 16:1-16
16 Saturday evening, when the Sabbath ended, Mary Magdalene, Mary the mother of James, and Salome went out and purchased burial spices so they could anoint Jesus’ body. 2 Very early on Sunday morning, just at sunrise, they went to the tomb. 3 On the way they were asking each other, “Who will roll away the stone for us from the entrance to the tomb?” 4 But as they arrived, they looked up and saw that the stone, which was very large, had already been rolled aside.
5 When they entered the tomb, they saw a young man clothed in a white robe sitting on the right side. The women were shocked, 6 but the angel said, “Don’t be alarmed. You are looking for Jesus of Nazareth, who was crucified. He isn’t here! He is risen from the dead! Look, this is where they laid his body. 7 Now go and tell his disciples, including Peter, that Jesus is going ahead of you to Galilee. You will see him there, just as he told you before he died.”
8 The women fled from the tomb, trembling and bewildered, and they said nothing to anyone because they were too frightened.
Then they briefly reported all this to Peter and his companions. Afterward Jesus himself sent them out from east to west with the sacred and unfailing message of salvation that gives eternal life. Amen.
9 After Jesus rose from the dead early on Sunday morning, the first person who saw him was Mary Magdalene, the woman from whom he had cast out seven demons. 10 She went to the disciples, who were grieving and weeping, and told them what had happened. 11 But when she told them that Jesus was alive and she had seen him, they didn’t believe her.
12 Afterward he appeared in a different form to two of his followers who were walking from Jerusalem into the country. 13 They rushed back to tell the others, but no one believed them.
14 Still later he appeared to the eleven disciples as they were eating together. He rebuked them for their stubborn unbelief because they refused to believe those who had seen him after he had been raised from the dead.
15 And then he told them, “Go into all the world and preach the Good News to everyone. 16 Anyone who believes and is baptized will be saved. But anyone who refuses to believe will be condemned. 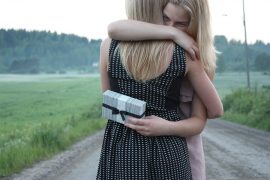 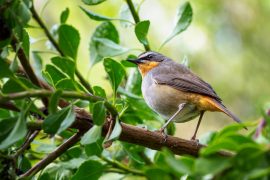 God Cares About The Little Things 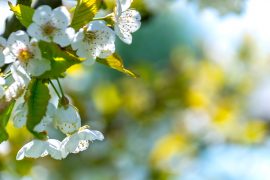 The Joy of Peace