Col 4:2   Devote yourselves to prayer, being watchful and thankful.
As most of you know in September of last year my husband almost lost his life to a heart attack. This was right after we had taken our daughter for her first year of college.
This year only eleven months later in August we took our daughter to start her second year of school and while we were hundreds of miles and several hours away from our home town my husband became very ill and so close once again to losing his life. We rushed him to the hospital at about 3:30am in the morning not realizing this would turn into three days in ICU and a total of four days in the hospital. My daughter was scheduled to start school that Monday morning. My first concern of course was for my husband’s welfare and well-being.  I also was concerned for the impact that this would have on my daughter as she began a new school year.
I wanted to take his pain away and her stress away, but I could not do either. I simply had to release what was clearly out of my control through prayer to God who was totally in control.

At this particular hospital the ICU rules were that we could only see my husband 15 minutes every four hours. So there were a lot of trips back and forth to the hospital in those four days. During the hours in between visits to the hospital my daughter and I had to make runs to try and get her dorm room situated and purchase school supplies. This was totally a juggling act and we were operating on little to no sleep for several days. I was mentally and physically exhausted but amazingly God gave me the much needed strength and presence of mind to get through this whole process.

Fast forward. My husband had to go through more testing and a procedure that was to start early that Sunday morning. Because he was in ICU.  And there were set visiting hours, my daughter and I would not be able to visit with him before his procedure. Although we could not see him I still wanted to be at the hospital early that morning, so that after the procedure I would be available to speak with his doctor to get the results of his testing. So as planned my daughter and got there very early and went to the hospital waiting area. We were the only ones there at that time.
We had been there only about five minutes when an urgent Code Blue was announced. Code Blue, Code Blue over and over. I looked at my daughter and told her to start praying for the person that was in distress. You see many moons ago as a child my teacher taught us whenever a fire truck or ambulance or any other type of emergency vehicle goes by and you hear a siren, pray for those that are in distress. When my daughter was small I taught her the same thing. So that day when we heard Code Blue we started to pray for the person that was in trouble.
Shortly after a woman came in crying accompanied by a Hospital Chaplain. Her small hands were shaking as she wiped her tears away and then she made a phone call. From where we were sitting we could hear her conversation. From what we could tell she was talking to her brother who apparently was blaming her as though it were all her fault, because she had decided to leave the room briefly.  I over heard her say as she was leaving the room her mother dropped to the floor while walking to the bathroom and that’s when she coded. They had to put the paddles on her to bring her back and they worked on her for quite some time until she was resuscitated. This lady was an emotional wreck and understandably so.
Without even realizing it, my focus had shifted from my husband and our family to reaching out to this lady. I looked at my daughter and I told her “we have to go pray with her” my daughter looked at me like a deer in headlights. She said “that’s awkward”. I said not when you are a Christian, and we both got up and walked towards the lady and the Chaplain. I respectfully asked the Chaplain who was a woman if I could pray with the lady. I realized that was why the Chaplain was there, but God was moving me to pray with her.
When the lady got off the phone with her brother I introduced myself and my daughter to her. I told her that when we heard Code Blue we started to pray for her mother even though we didn’t know who was in distress, we were praying.
She looked at us and smiled through her tears and started to thank us. I pointed my fingers towards the ceiling and told her it was God that had saved her and he should get the glory.
My daughter and I prayed with her and the Chaplain, as the four of us held hands in prayer we knew that it was what we were supposed to do. None of us knew each other but all four of us believed in the power of prayer and God moved that day.
Her mother was in ICU also, a few doors down from my husband’s room. After the doctor came out and talked to my daughter and I and gave us the great news that he would be OK and that everything went well, we went down to see him. As we passed the lady’s room her daughter ran out and asked for my name and phone number. She started to cry again and she thanked my daughter and me over and over.
She said her mother was sitting up and was coherent and talking. It was a miracle, and she knew it. What seemed to be just a simple prayer to us, meant so much to her.  I learned that day, that it is amazing how God can use us and work through us when we take the focus off of ourselves.
The ironic thing is we felt just as blessed for doing as she did for receiving it.
It wasn’t until we were riding back to the hotel that the thought crossed my mind that the Code Blue announcement could have been for my husband. Thank God it wasn’t.
My daughter was able to start school on schedule and we drove back home on that Tuesday.  I have often wondered since that day if all of this happened just so that our paths would cross with this lady that so desperately needed prayer that day. Only God can answer that. What I do know is that we all were blessed by the experience.
Ladies look for the opportunities to bless someone else. They are all around us every day. Don’t forget to pray when a siren goes by or you hear a Code Blue. Prayer does Amazing things.
Be Blessed!
1 Timothy 2:8 (KJV)

8 I will therefore that men pray everywhere, lifting up holy hands, without wrath and doubting.

James 5:16 (KJV)
16 Confess your faults one to another, and pray one for another, that ye may be healed. The effectual fervent prayer of a righteous man availeth much. 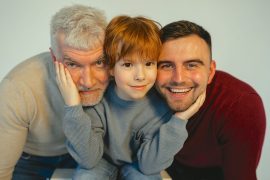 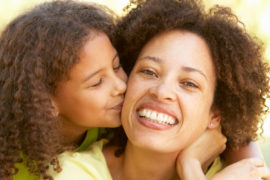