His Sacrifice, Our Hope!!

Luke 23:26-43  (AKJV)
26 And as they led him away, they laid hold upon one Simon, a Cyrenian, coming out of the country, and on him they laid the cross, that he might bear it after Jesus.

27 And there followed him a great company of people, and of women, which also bewailed and lamented him. 28 But Jesus turning unto them said, Daughters of Jerusalem, weep not for me, but weep for yourselves, and for your children. 29 For, behold, the days are coming, in the they shall say, Blessed are the barren, and the wombs that never bare, and the paps which never gave suck. 30 Then shall they begin to say to the mountains, Fall on us; and to the hills, Cover us. 31 For if they do these things in a green tree, what shall be done in the dry?

32 And there were also two other, malefactors, led with him to be put to death. 33 And when they were come to the place, which is called Calvary, there they crucified him, and the malefactors, one on the right hand, and the other on the left.

34 Then said Jesus, Father, forgive them; for they know not what they do. And they parted his raiment, and cast lots. 35 And the people stood beholding. And the rulers also with them derided him, saying, He saved others; let him save himself, if he be Christ, the chosen of God. 36 And the soldiers also mocked him, coming to him, and offering him vinegar, 37 and saying, If thou be the king of the Jews, save thyself. 38 And a superscription also was written over him in letters of Greek, and Latin, and Hebrew,
THIS IS THE KING OF THE JEWS.

39 And one of the malefactors which were hanged railed on him, saying, If thou be Christ, save thyself and us. 40 But the other answering rebuked him, saying, Dost not thou fear God, seeing thou art in the same condemnation? 41 And we indeed justly; for we receive the due reward of our deeds: but this man hath done nothing amiss. 42 And he said unto Jesus, Lord, remember me when thou comest into thy kingdom. 43 And Jesus said unto him, Verily I say unto thee, To day shalt thou be with me in paradise.

Luke 23:44-49 (AKJV)
44 And it was about the sixth hour, and there was a darkness over all the earth until the ninth hour. 45 And the sun was darkened, and the veil of the temple was rent in the midst. 46 And when Jesus had cried with a loud voice, he said, Father, into thy hands I commend my spirit: and having said thus, he gave up the ghost. 47 Now when the centurion saw what was done, he glorified God, saying, Certainly this was a righteous man. 48 And all the people that came together to that sight, beholding the things which were done, smote their breasts, and returned. 49 And all his acquaintance, and the women that followed him from Galilee, stood afar off, beholding these things.

Luke 23:50-55  (AKJV)
50 And, behold, there was a man named Joseph, a counsellor; and he was a good man, and a just: 51 (the same had not consented to the counsel and deed of them;) he was of Arimathæa, a city of the Jews: who also himself waited for the kingdom of God. 52 This man went unto Pilate, and begged the body of Jesus. 53 And he took it down, and wrapped it in linen, and laid it in a sepulchre that was hewn in stone, wherein never man before was laid. 54 And that day was the preparation, and the sabbath drew on. 55 And the women also, which came with him from Galilee, followed after, and beheld the sepulchre, and how his body was laid.

Luke 24:1-12  AKJV)
24 Now upon the first day of the week, very early in the morning, they came unto the sepulchre, bringing the spices which they had prepared, and certain others with them. 2 And they found the stone rolled away from the sepulchre. 3 And they entered in, and found not the body of the Lord Jesus. 4 And it came to pass, as they were much perplexed thereabout, behold, two men stood by them in shining garments: 5 and as they were afraid, and bowed down their faces to the earth, they said unto them, Why seek ye the living among the dead? 6 He is not here, but is risen: remember how he spake unto you when he was yet in Galilee, 7 saying, The Son of man must be delivered into the hands of sinful men, and be crucified, and the third day rise again. 8 And they remembered his words, 9 and returned from the sepulchre, and told all these things unto the eleven, and to all the rest. 10 It was Mary Magdalene, and Joanna, and Mary the mother of James, and other women that were with them, which told these things unto the apostles. 11 And their words seemed to them as idle tales, and they believed them not. 12 Then arose Peter, and ran unto the sepulchre; and stooping down, he beheld the linen clothes laid by themselves, and departed, wondering in himself at that which was come to pass. 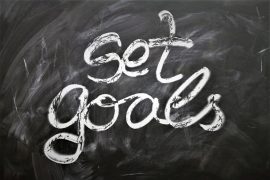 Have You Set your Goals Yet? 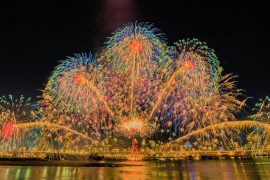 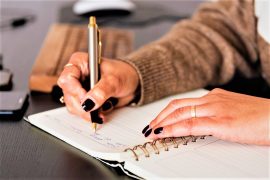