Romans 8:28 (NLT)
28 And we know that God causes everything to work together[a] for the good of those who love God and are called according to his purpose for them.

Prior to my daughter coming home for the Easter weekend, she had called and asked if I would make a hair appointment for her at my salon. The day after she arrived in town was the day that she was scheduled to go to the salon.  When we got ready to go I offered to drive my car.   As I was driving her to the salon, my little orange light came on to alert me that there was an issue with one of my tires.  I remember saying to her ” that’s strange, my tire light just came on.”  I had decided that since her hair appointment was for 2:00 PM and it was already 1:45 PM  that I would just wait until after her hair appointment to go by the gas station and take a look at my tires.  I figured at most it was just a slow leak in one of them.

Well so much for what I thought!  Literally, within one to two minutes after my warning light came on we heard a loud sound. Our car was still rolling smoothly so we did not consider that it was the tire.  My daughter said ” mom what did you run over”?  I had been paying close attention to the road so I knew I had not run over anything.  I was just as perplexed as she was.
Before all of the conversation about my tire light coming on, I had actually brought to my daughter’s attention that due to road construction ahead of us that she would have to pay close attention when she drives her vehicle, because they had changed the place where we would normally exit.

I noticed immediately after it was too late of course, that I had taken the wrong exit by what I thought was a mistake.  Well I must tell you that God was at work in all of this. As I was taking the exit and expressing my frustration to my daughter after I realized what I had done, the tire on the front passenger side of my car started to wobble like crazy.  Thank God, that I had taken the wrong exit or I would have been stranded on the freeway.  What I thought was a mistake was no mistake in God’s eyes. He had a plan. That was not the only amazing thing about this situation. What was truly amazing is God’s timing, the very exit that I took was the same exit that I would need to take to get back to the store where we originally purchased the tires. I just had to drive very slowly with my tire wobbling over the over past and the first parking lot on my left was where my husband had purchased our tires.

As most of you know I have been in physical therapy due to some injuries I incurred from a fall back in December.  Due to my injuries I have been walking with a cane.  It would have been very difficult if not impossible for me to walk the distance my daughter had to walk to get into the store to request that someone come out to the main parking lot to assist us. You see we were still quite a distance from the store because I did not want to continue driving with my flat tire. I know that it was no coincidence that this happened while my daughter was riding with me. Before my daughter got out of the car she called my husband to let him know what was going on and he immediately called the store and asked if they could send out a mechanic to help us.  So by the time my daughter walked into the store they had someone ready to come and assist us.

Another God thing, while I was waiting for the guy to come and fix my flat tire I called the salon to tell them what had happened with my tire, and to let them know that we were going to be late for our appointment. When I asked to speak to the lady that was supposed to do my daughter’s hair the receptionist told me that she had gone to lunch. I told her that her hair appointment was scheduled for 2PM. She asked for my name and when I told her, she said mam ” they have you scheduled for 3 O’clock. I could not believe it!  I specifically told the young lady that I spoke with to schedule the appointment for 2PM, I remembered it because she asked me twice and both times I told her 2PM. Apparently when she hung up the phone she put 3 PM in the computer instead of 2PM.  Again God was at work.

After the tire was fixed we drove to the salon and when we walked in I looked at my watch and it was exactly 3PM,  so by their clock we were on time. Amazing!!!

Even better yet, because our tire was fairly new and we had Road Hazard Protection the store ordered a new tire for me.  I only had to pay $18. to drive away with a brand new tire. Delighted would be an understatement!  Before it was all said and done there were two guys that came out to assist me with the tire and they both were so kind, just perfect gentlemen. My daughter even recognized one of them from a Bible Camp she attended each year when she was a teenager.

Later that evening we were sharing the specifics of our adventure with my husband.  I told him that when all of this happened, that our daughter told me that her tire light had been coming on from time to time even though she had taken it in to have her tire checked.  After hearing this, my husband decided to take her car in to have her tires looked at before she got back on the road to school. They discovered that when we purchased her vehicle that the car did not have the key in it to unlock the lug nuts on her tires. Apparently it was never put in the car in the first place. Finding this out was another blessing from God.

If she had gotten on the road and had a flat tire, there would not have been any way to get her tire off to repair it since she had locking lug nuts. Had it not been for my flat, we would not have known about her missing lug nut key until it was way too late. Sometimes God allows things to happen to reveal other things that are equally as important.

Although this whole experience was not something I got out of bed and ordered for my day,   I praise God that He allowed us the opportunity to see how each detail was in His perfect will, His perfect plan, His perfect timing and in His perfect control. He truly is Amazing! What a Mighty God we serve!

My question to you today is; do you watch for and are you aware of the different ways that God shows up in your life?  Do you give Him all the glory and the acknowledge Him for your blessings or do you just chalk it up to coincidence or luck?

My lessons from this experience:

1.  There are no coincidences.
Proverbs 19:21 (NLT)
21 You can make many plans, but the Lord’s purpose will prevail.
Ephesians 1:11 (NLT)
11 Furthermore, because we are united with Christ, we have received an inheritance from God,[a] for he chose us in advance, and he makes everything work out according to his plan.
2.  Always heed God’s warnings, never neglect a warning.
Genesis 19:17 (NLT)
17 When they were safely out of the city, one of the angels ordered, “Run for your lives! And don’t look back or stop anywhere in the valley! Escape to the mountains, or you will be swept away!”
Genesis 19:26 (NLT)
26 But Lot’s wife looked back as she was following behind him, and she turned into a pillar of salt.
3.  Even what looks like a mistake in our lives is God’s opportunity to reveal His power to work through any situation.
Romans 8:28 (NLT)
28 And we know that God causes everything to work together[a] for the good of those who love God and are called according to his purpose for them.
4.  God protects His children.
Psalm 91:14 (NLT)
14 The Lord says, “I will rescue those who love me. I will protect those who trust in my name.
Psalm 34:20 (NLT)
20 For the Lord protects the bones of the righteous; not one of them is broken!
Psalm 1:6 (NLT)
6 For the Lord watches over the path of the godly, but the path of the wicked leads to destruction.
5.  God goes before His children.
Deuteronomy 1:30 (NLT)
30 The Lord your God is going ahead of you. He will fight for you, just as you saw him do in Egypt.
Deuteronomy 31:8 (NLT)
8 Do not be afraid or discouraged, for the Lord will personally go ahead of you. He will be with you; he will neither fail you nor abandon you.”
6.  God must receive the glory for every blessing in our lives.
Isaiah 42:8 (NLT)
8 “I am the Lord; that is my name! I will not give my glory to anyone else,
nor share my praise with carved idols 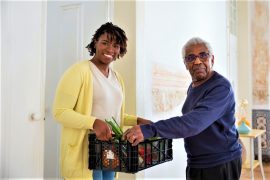 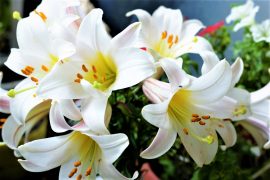 The Meaning Of Easter 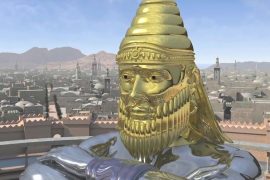