When I was a young child, I remember that my grandmother created Hidden Pictures for Highlight’s Magazine. She is a talented artist and was able to hide everyday objects in the lines of drawings of cute mice or squirrels. It was always an adventure to try to find all of the hidden pictures. Do you remember trying to solve those kinds of puzzles when you were a child or maybe even with your own children?

A few weeks ago, at Bible Study, I came across an interesting passage that has been bouncing around in my head since I read it:
“Jesus took the Twelve aside and told them, ‘We are going up to Jerusalem, and everything that is written by the prophets about the Son of Man will be fulfilled. He will be delivered over to the Gentiles. They will mock Him, insult Him and spit on Him; they will flog Him and Kill Him. On the third day He will rise again.’ The disciples did not understand any of this. Its meaning was hidden from them, and they did not know what He was talking about.” – Luke 18:31-34

Sometimes the mysteries of Scripture are like hidden pictures. They are right before our eyes, but we are somehow blinded to them. I don’t know why the meaning of what Jesus said was hidden from the Twelve, but it was. Jesus couldn’t have been any more explicit about what was to come. He told them that when they arrived in Jerusalem, He would be facing arrest, ridicule, torture and death. But, they didn’t understand Him. They did not know what was coming.

As I first read this passage a few weeks ago, I had been in conversations with a close friend about knowing God’s will and understanding His Word. Sometimes, we just don’t know what to do. Sometimes, the meaning is hidden from us. It is this mystery of God’s Word that allows us to find something new every time we seek. It’s also what keeps us seeking after Him while we are learning to trust Him.

It was extremely encouraging to me to see that the Twelve, the men who walked closest to Jesus on this Earth, missed the meaning sometimes too. Jesus talked plainly to them, and yet the meaning was hidden. There was a greater purpose in this. The Lord knows what we need, when we need it and in just the right amount and timing. It’s hard for us to understand, but I believe it’s true.

Remember those hidden pictures? Once you see it, it is almost impossible to miss it the second time around. It seems to leap off of the page, doesn’t it? I believe it is like that with the truths of God’s Word. Sometimes we have to dig, scrape and scratch to find them, but once we see them, it’s hard to see anything else. What meaning is hidden from you right now? Let me encourage you to keep seeking. He reveals all things in His time. 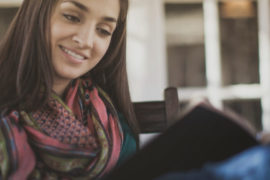 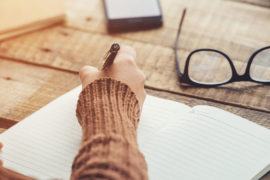 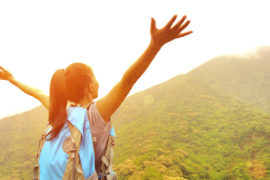